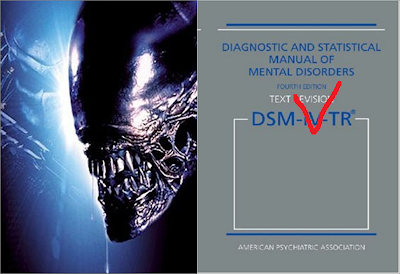 "The work on DSM‐5 has, so far, displayed an unhappy combination of soaring ambition and remarkably weak methodology. First, let's expose the absurdity of the DSM‐V claim that it will constitute a "paradigm shift" in psychiatric diagnosis and indicate the dangers inherent in pursuing this false goal. The simple truth is that descriptive psychiatric diagnosis does not need and cannot support a paradigm shift. There can be no dramatic improvements in psychiatric diagnosis until we make a fundamental leap in our understanding of what causes mental disorders. The incredible recent advances in neuroscience, molecular biology, and brain imaging that have taught us so much about normal brain functioning are still not relevant to the clinical practicalities of everyday psychiatric diagnosis. The clearest evidence supporting this disappointing fact is that not even one biological test is ready for inclusion in the criteria sets for DSM‐5."
"If the potential gains of DSM‐V are likely to be extremely modest, the potential risks are great and, so far, have gone largely unrecognized. Making changes in the diagnostic system is never cheap or free of risks. Just as when treating an individual patient, the first consideration in revising the diagnostic classification must always be to "do no harm"‐and the harm inflicted by changes in the DSM diagnostic system can come in many, and usually unexpected, forms."
"Undoubtedly, the most reckless suggestion for DSM‐V is that it include many new categories to capture the milder subthreshhold versions of the existing more severe official disorders. The beneficial intended purpose is to reduce the frequency of false negative missed cases? thus improving early case finding and promoting preventive treatments. Unfortunately, however, the DSM‐V Task Force has failed to adequately consider the potentially disastrous unintended consequence that DSM‐V may flood the world with new false positives. The reported rates of DSM‐V mental disorders would skyrocket, especially since there are many more people at the boundary than those who present with the more severe and clearly "clinical" disorders. The result would be a wholesale imperial medicalization of normality that will trivialize mental disorder and lead to a deluge of unneeded medication treatments‐‐a bonanza for the pharmaceutical industry but at a huge cost to the new false positive "patients" caught in the excessively wide DSM‐V net."
"This is a drug company's dream come true. They would undoubtedly find ways of penetrating the huge newmarkets with medications having largely unproven benefit and very substantial side effects. Also to be considered carefully are the always possible unforeseen problems caused by stigma and the unforeseen misuse of the new diagnoses in forensic, disability, and insurance settings."
"The secretiveness of the DSM‐V process is extremely puzzling. In my entire experience working on DSM‐III, DSM‐IIIR, and DSM‐IV, nothing ever came up that even remotely had to be hidden from anyone. There is everything to gain and absolutely nothing to lose from having a totally open process. Obviously, it is much better to discover problems before publication‐and this can only be done with rigorous scrutiny and the welcoming of all possible criticisms."
"In summary, then, I have little confidence that the DSM‐V leadership will do the kind of careful risk/benefit analysis of each proposed change that is necessary to avoid damaging unintended consequences. My concerns arise from: 1) their ambition to achieve a "paradigm shift" when there is no scientific basis for one; 2) their failure to provide clear methodological guidelines on the level of empirical support required for changes; 3) their lack of openness to wide scrutiny and useful criticism; 4) their inability to spot the obvious dangers in most of their current proposals; 5) their failure to set and meet clear timelines; and 6) the likelihood that time pressure will soon lead to an unconsidered rush of last minute decisions."
Estamos ya avisados. Se nos viene el cucote. 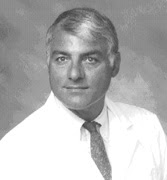